I feel like this post doesn’t even need text because the title is awesome. But that’s stupid.

So this weekend I went to my 4th wedding of the year (3rd being pregnant, aka, sober). This  was the wedding of one of the best people in my life, a friend from law school (“J”). In the words of J, I was either going to be fun or not regardless of the drinking. I have no idea how to take that, but it has nothing to do with any sort of emotional roller coaster I ride every day. And whether anyone else thinks this or not, I was fun! Many shenanigans were had despite my sober state. However, due to my sober state, I remember the shenanigans and can bring them to light for those who created the chaos, so that’s a plus!

But back to my point, pre-eating. This is awesome. So 6 of us were in the car on the way to the rehearsal dinner when I opened my purse and took out a Quaker Oats Chewy chocolate chip granola bar. For some reason, I crave these during every pregnancy. As I am eating, my friend “G” says, “Ah, the pre-eating.” I looked at her in astonishment and said, “Oh my goodness, whatever that means, I love it and want to use it!”

Turns out G’s cousin was pregnant with her first child when she called G and said, “I finally understand the pre-eating.” G wasn’t sure what she was talking about; then her cousin explained, “You and I were on our way to a family brunch when you were pregnant and you pulled out some food and started eating. All I could think was, why on earth are you eating as we are on our way to brunch. But now that I’m pregnant, I totally understand. You were pre-eating because you are always hungry when pregnant regardless of when the meal is.”

And that’s exactly what I was doing on the way to the rehearsal dinner which was going to immediately include chips and guacamole as you walked through the door. In no way did my pre-eating hinder the actual eating. If anything, it helped prepare my stomach for the gluttony it was about to experience.

Now, pre-eating is not specific to pregnancy. I’m sure there are countless situations in which people pre-eat, such as low blood sugar, tendency to be hangry (yes, hybrid, let’s move on) or weight management (you know, those people that fill up on a huge salad or carrots before going out so they don’t binge on the meal – and if you are that person, you are closer to a trophy wife on the spectrum than a blue ribbon wife, just fyi, because as noted above, BRW pre-eating prepares the stomach). It just so happens that the label “pre-eating” was derived from a pregnancy situation.

I’ve got to be honest, I couldn’t be more excited about this new term in my life. That, and a statement I overheard at the wedding by the drunkest guest, “I spilled a drunk drink on you.” Both epic moments that will continue to live on for my amusement and I’m assuming the amusement of Trophy Husband. (Note: always assume the amusement of the spouse when you are a BRW, it helps, I promise.)

Sidebar: Advice when attending a wedding with a pregnant friend – don’t expect her to dance, but if she does, do not make fun of her…even if she pulls a muscle in her groin.

Let me go ahead and answer all the questions you can’t help yourself from asking the moment you hear that.

I did not grow up on a farm and did not work on a farm, therefore, am not a farmer.

I am a Nebraska Cornhusker fan (still don’t know what a “cornhusker” is as stated above)…as are 99% of Nebraskans, people married to Nebraskans and people who have ever been to Lincoln’s Memorial Stadium on football Saturday. 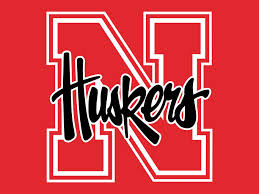 I have not gone cow tipping…and by the way, no one has.

Cows do not roam in my backyard (remember when I said I don’t live on a farm?).

Yes, Nebraska is flat (but not really) and if it was the worst part of your drive from Chicago to San Francisco then I’m pretty sure you were asleep through Nevada.

No, I’m not a Sooner fan. I’m not from Oklahoma. I’m from Omaha. They are not the same place despite how many times my luggage has flown to Oklahoma City instead of Omaha.

I’ve never seen a tornado. When those sirens go off, I tend to err on the side of taking shelter in my basement…call me conservative.

Yes, I’ve heard of the song from Counting Crows and you can stop singing it. Actually, it’s a great freakin’ song so sing away.

Omaha is somewhere in middle America (keep singing). It’s in the state of Nebraska. Don’t ever tell a Midwesterner again that you don’t know where their state is. We know where your state is…bitch (just pretend Jesse Pinkman said that). 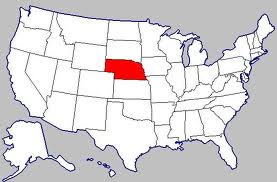 I’m from the city (in response solely to people from Nebraska but not from Omaha).

Peyton Manning does say “Omaha” a lot…and we all smile a little when he does.

There’s more. I’m also Jewish. Crazy talk…Jews in Nebraska? As Tevye said, “Unheard of, absurd.” I should be able to check a box under the minority section of applications for this anomaly.

Regardless of the fact that I spent the first 8 years of my life in another state (one that if I had stayed in would likely have failed to teach me the geographic location of all 50 states…see Jesse Pinkman above), I always say I’m from Nebraska…mostly because I went through puberty there. And let’s be honest, I have now created a bit of diversity to your acquaintances. You too can now be proud to say you know someone from Ohio…you mean Omaha.

Much love to my peeps in tornado valley. May your sunsets be beautiful, your humidity fall below 90%, your black ice be visible, your football team win and your corn continue to be used for…well, everything.